This 19′ summer, AMSED organised a neighbourhood tour in partnership with the City of Strasbourg, the CSC of Cronenbourg and the CSC of Hautepierre. A multitude of intercultural activities were offered free of charge to children in the priority districts of Strasbourg, allowing a project that is in line with AMSED’s values:

The team of animators, itself multicultural, was composed of AMSED employees and civic services, but also artists from Ukranian and Algeria, also Moroccans and Tunisians on European Voluntary Service in Strasbourg.

There was something for every taste! The children were able to enjoy calligraphy, henna (temporary tattoos), make-up, recycling, clay workshops, painting and mosaics.

Young artists created portraits and paintings on canvas, that were exhibited in the CSC of Hautepierre. Different games  and sports activities contributed in strengthening the youngster’s team spirit. The Ukrainian artist introduced the children to traditional Ukrainian dances and an Algerian and Tunisian artists animated a music workshop, where the children were introduced to different instruments (guitar, drums…) and could try making music and singing. Eventually, there was a show open to the public presenting the dance and the singing they practiced beforehand.

A workshop aimed at promoting the digital citizenship encouraged the children on taking pictures around the parc of things that they found interesting. These pictures were then used in the creation of a film showing the involvement of the children during that week.

Take a look on our selection of articles celebrating their solidarity initiatives!

The press support AMSED and says it! 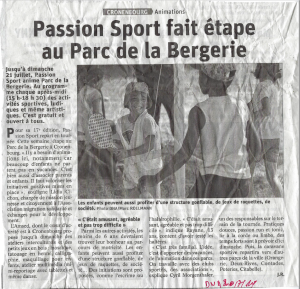