We are a few days away from the next European elections, the opportunity to choose our representatives in the European Parliament and the new President of the European Commission. These are, however, in a context very different from that of the last elections of 2014.

Indeed, the European Union faces many challenges, the referendum on Brexit has shown that the construction of Europe is not irrevocable and, with increasing euroscepticism, the construction of Europe is becoming increasingly fragile. Since the European Parliament is the only institution elected by universal suffrage and directly representing European citizens as such, their decisions have a direct impact on our daily lives.

That is why it is necessary today to convince the maximum of people to go to vote !

This non-partisan campaign of information and awareness independent of any trend or political party. The purpose of this project is to promote the democratic engagement of young citizens to participate in public life. The idea is to encourage young people to convince others of the importance of elections and the need to take responsibility. In this perspective, AMSED, in partnership with members of the European network, has made an online contest where every young European citizen, in liaison with a member association of the AMSED network and interested in the project, will create a digital or multimedia tool (slogan , leaflet, video, etc.) to make young people aware of participation in the European vote.

The selection of the winner will be based on the number of “likes”: the young person who realized the tool that will accumulate the most “likes”, will win a trip to Strasbourg ! 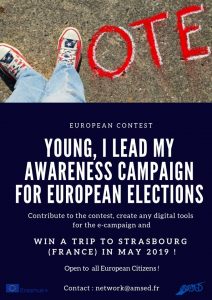 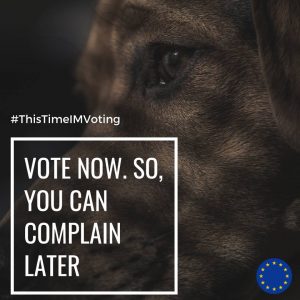 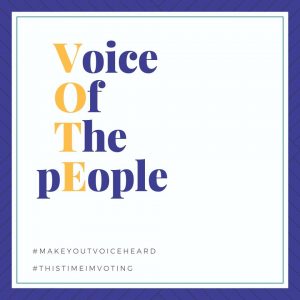 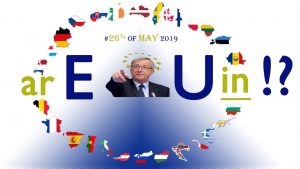 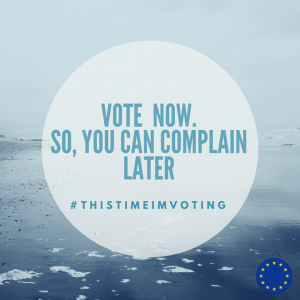 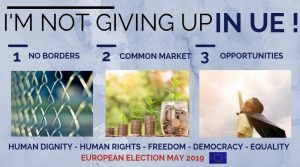 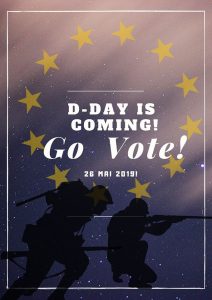 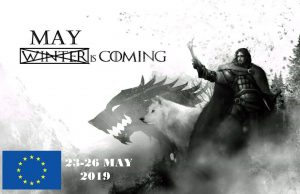