From the 11th to the 19th of April 2018, AMSED is getting two participants to take part in an ERASMUS + mobility project in Limassol, Cyprus. Hosted by Blue Cherry Academy for Youth and Adults, one of the most important topic in Europe: Interreligious Dialogue. Young people from other societies took part, opening their minds and hearts to fight xenophobia and Islamophobia.

The training course was intense, with many hours of work to train participants to go to their communities     and work with young people to create a more open and welcoming European community.

After becoming better acquainted with team building activities, the group began to formulate a dialogue: What is religion? What does it mean to us? How are some religions different? What is good and bad about religion? All these and more are discussed to the stage. Through learning and debating the answers, the participants learned how to facilitate the same kind of discussion. The key principles? Respect, and active listening. Everyone had a different opinion, and that was alright.

Afterwards, each country presented the realities of religion and interreligious dialogue in their countries, which helped illustrate some of the problems, as many countries have had disputes or conflicts against religion. There even was a chance to look at three different religious holy places in Cyprus, and see how they conducted their ceremonies. The visits took place at a catholic church, an orthodox church, and finally a mosque. Orthodox Christianity, Catholicism and Islam are the three main religions in Cyprus. 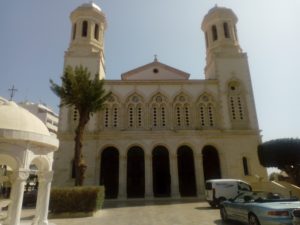 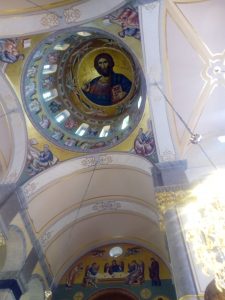 Through debate, theater, role playing, conversation, presentation, and more, the participants gained invaluable skills which they can take into their communities and help facilitate interreligious dialogue. The development of tolerance, accepting others for who they are, and understanding between religions is a key part of the European community.