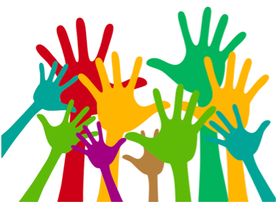 Here are the different projects put in place :

Event 1 : Return of the cooperation associations gathered on the stand MEYTIC plus 420 people including 15 young people from Germany. Place / date: Strasbourg (France) on the 26th & 27th of September 2015 at the Parc de la Citadelle in Strasbourg. Description: an essential annual event for community life, we held an information stand about MEYTIC project objectives and the opportunities offered by Europe for citizens. This event drains each year 18000 visitors and 300 associations (Source: Director of the Maison des Associations).

Event 2 : E-conference: “Citizenship and fight against violence against women” which brought together 19 people from 5 youth organizations from Europe including 1 Malta, 1 Turkey, 2 Serbia, 5 Estonia, 5 Guadeloupe and 5 Strasbourg and 66 people reached on the social networks in total 85 people. Place / date: Gosier (Guadeloupe), Strasbourg (France), Valette (Malta), Ankara (Turkey), Rapla (Estonia), Novi Sad (Serbia), on 8/09/2016. Description: On the occasion of International Women’s Day, we look at good practices around women’s citizenship and gender equality in Europe.

Event 3 : Citizens’ Councils in Guadeloupe which brought together 45 participants supervised by 3 neighborhood mediators. Place / date: 17/12/15 to 21/02/2016 in the municipalities of Pointe-à-Pitre, Abymes, Baie-Mahault. Description: the debates of the Citizens’ Councils, a new tool for local democracy participation, has raised awareness of the opportunities offered by the Europe for citizens program in neighborhoods and Abymes communes, Pointe-à-Pitre and Baie-Mahault of Guadeloupe.

Evvent 4 : European Night: Fighting Hate Speech & Discrimination” which brought together more than 76 people including 50 young people from France, Estonia, Spain, Greece, present in Strasbourg as a volunteer and / or trainee, 23 social workers escort from Greece, Estonia and Spain and 3 elected representatives with the participation of the Mayor of Strasbourg represented by Nawel Rafik, deputy mayor of Strasbourg and also in charge of European and international affairs and 200 people reached via social media.
Place / date: 25 & 26/05/2016 in Strasbourg (France).
Description: organized a European evening the attention of young people, youth actors and elected officials in order to discuss how to fight against prejudice, set up a living library on this theme and especially reflect and raise awareness citizen engagement in the fight against radicalization and social cohesion.

Event 5 : E-citizenship factory that brings together more than 92 French participants from Strasbourg and Guadeloupe -RUP-.
Place / date: Strasbourg (France), November 21, 2015 and Guadeloupe, March 9 & 10, 2016.
Description: Interactive workshops to raise awareness about the fight against hate speech online, the e-citizenship factory allows young people to address the limits between freedom of expression and hate speech while equipping themselves with the tools of non-formal education. This workshop also helped develop several close partnerships with associations and structures located in the so-called “sensitive” neighborhoods of Strasbourg and Guadeloupe.

Event 6 : “Citizen Awareness Day” with young people gathered more than 50 people including 42 young people aged 13-25.
Location / date: 25/03 / – 09/05/2016 in Märjamaa (Estonia).
Description: Sensitize young people aged 13 to 25 and young workers, the opportunities they have as European citizens and how the European Union.

Event 7 : Seminar “How to communicate about Europe with young people?” Which brought together 11 professionals working with Estonian youth from Rapla and 50 via Facebook.
Place / date: May 25th to May 31st, 2016 in Rapla (Estonia).
Description: Exchanges on the difficulties faced by youth workers in addressing “European citizenship and democracy”.

Event 8 : “Millennium voices” conference plus 55 people in class and 320 people via social networks. Website: www.calltoeurope.eu/en.
Place / date: from 8 to 17/06/2016 in Brussels (Belgium).
Description: The students learned about the European Union, who is a European citizen, and played active games. Through this Application, the participants in the debates were able to ask questions to the speakers, to comment on Twitter and vote on different topics.

Event 9 : “Children’s Day dedicated to citizenship” brought together 100 young participants over 4 sessions.
Place / date: June 26 to July 7, 2016 in Märjamaa (Estonia).
Description: NEA has organized team games for young people and parents to understand the meaning of European citizenship and to better understand the impact of Europe in children’s daily lives.

Event 10 : “Keep Calm & clean the beach” eco-citizen awareness campaign for the preservation of beaches, more than more than 150 people participated including 142 from Lefkada and 8 tourists from Italy and Spain.
Place / date: 1 to 14/07/2016 Lefkadas (Greece).
Description: Eco-citizen awareness campaign and cleaning of 2 weeks for clean beaches, in close cooperation with the Lefkada Town Hall.

Event 11: “International Festival of Videos for the Promotion of Citizenship” which brought together more than 150 people in the town square of Lefkadas including 45 young non-Greek nationals from France, Estonia, Italy, Malta, Turkey, Spain and social networks in total, 900 contestants
Place / date: from 14/06 to 02/08/2016 in Lefkadas (Greece)
Description: 15 videos (3mn format) selected (watch videos) by the jury were broadcast on the municipal square of Lefkada in the presence of the mayor and his deputies who were able to reward 3 videos.

Event 12 : “Simulation Council of Europe: Better understanding the functioning of the EU” with the participation of 100 citizens (young Europeans including 85 from Belgium, 2 France, 10 from Italy and 5 from the Netherlands, representatives of the ULB, from the municipality of Brussels, the MEP Delphine Bourgeois.
Place / date: The event took place at the Free University of Brussels (Belgium) from 26/11/2016 to 27/11/2016.
Description: The simulation of the Council of the European Union was aimed at improving the understanding of the functioning of the Council of the Union by young people: the European Commission, the European Parliament and representatives of interest groups. One hundred young Europeans played the role of representatives of the EU Member States and tried to simulate the Council’s decision-making process.

Event 13 : “School Workshop” which brought together 30 citizens, including 11 participants (underprivileged young people around 18 years old) from the city of Anderlecht-Brussels (Belgium) and 2 volunteer facilitator speakers from Italy and Romania participated to the event alongside Vote Watch Europe.
Location / date: The event took place at the Marius Renard Institute, Anderlecht, Belgium, on 09/11/2016.
Description: The event aimed to inform a group of disadvantaged Belgian high school students about the decision-making process at European and national level, paying particular attention to the parliamentary debate. They learned how the European Parliament works, what its operating principles are and what are the roles of MEPs.

Event 14 : Conference on Youth Employment brought together 88 citizens, including 65 from the city of Brussels (Belgium).
Location / date: The event took place at the Brussels City Hall, Grand-Place, Belgium on 08/12/2016.
Description: The conference addressed one of the most sensitive topics of the new generation: employability, skills needed in the job market, writing a resume and making.

Event 15 : “Citizenship and Women” brought together 61 citizens from 6 European countries including 5 from Valencia (Spain), 5 from Stockholm (Sweden), 3 from Rapla (Estonia) 7 from Lefkadas (Greece) ) 3 from Brussels (Belgium) 4 from Turkey and 45 local participants including 6 deputy elected officials from the city of Gosier in Guadeloupe. In addition, social media audience: 221 people reached.
Location / Date: the event took place at the premises of the City of Gosier, Guadeloupe (RUP France) from 22 to 30/01/2017.
Description: seminar on citizenship and women to exchange good practices on awareness-raising actions among young European citizens for a Europe-wide and inclusive Europe and upstream animation «The e-quiz, did you know? »Over 6 weeks on Facebook MEYTIC