Stowarzyszenie Poczucia organised the project DEMOcrisis cofounded with the Erasmus+ grant with two participants from AMSED – Ferat and Larouci.
During this seminar they focused on topics like the crisis in democratic values across Europe, the raise in populism and hate speech. By the means of various methods – the group process, the Six De Bono Thinking Hats, the discussion about the assassination of major of Gdańsk – they tried to raise the awareness about democracy, its strengths and weaknesses. What participants remember the most was the visit in the Amnesty International Poland headquarters in Warsaw and discussion about Polish contemporary juridical system and how the government wants to influence it. 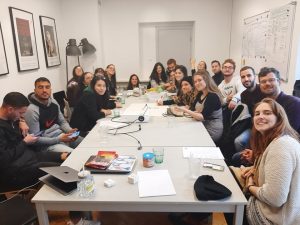 Apart from it the group also had some intercultural learning during the intercultural evening. And of course some fun : the laughter yoga led by Pawel Tempczyk, the cup exchange, gossip box and secret friend game, the ping pong competition and the walk around Serock, with the view on Zegrze Reservoir. 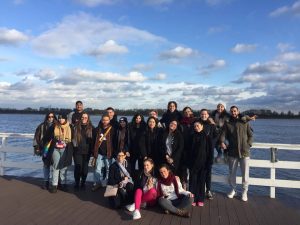 Some participants have already started the dissemination actions after the TC. One of the results of this project is also The Assessment of Knowledge about Democracy, you can download it here: http://poczucia.pl/?p=331.
The DEMOcrisis fanpage: https://www.facebook.com/Democrisistrainingcourse/